Review:
…No Trendy Réchauffé (Live Birmingham ’95) was recorded at Birmingham’s NEC (National Exhibition Centre) on December 13, 1995 – almost two months to the day after the Dallas show on Ouvrez Le Chien. The title phrase translates to No Trendy Rehash, and indeed, Bowie was in spirited, original form that evening in Birmingham. It was the final night in 1995 of the Outside Tour, and the opening night of the Big Twix Mix Show festival. Bowie marked the occasions with rare performances of Black Tie White Noise‘s “Jump They Say” and Outside‘s “Strangers When We Meet,” and took the audience on an electrifying trip from past (“Moonage Daydream,” “Under Pressure,” “The Man Who Sold the World,” “Scary Monsters (And Super Creeps)”) to present (“I Have Not Been to Oxford Town,” “The Motel,” “We Prick You,” “Hallo Spaceboy”). Portions of the show were aired on the BBC, and the performances of “Moonage Daydream” and “Under Pressure” would appear on the Hallo Spaceboy single as mixed by David Richards. Both versions as heard here are previously unreleased, presented as exactly as they were performed in Birmingham. The disc also features a second version of “Hallo Spaceboy,” filmed as “Spaceboy” for a potential music video. While the video was never completed, The Pet Shop Boys remixed the track for single release and an alternate video was eventually made. The concert features Bowie accompanied by Carlos Alomar on rhythm guitar, Reeves Gabrels on lead guitar and vocals, Gail Ann Dorsey on bass and vocals, Zachary Alford on drums, musical director Peter Schwartz on keyboards and synthesizers, George Simms on vocals, and Mike Garson on piano and keyboards. 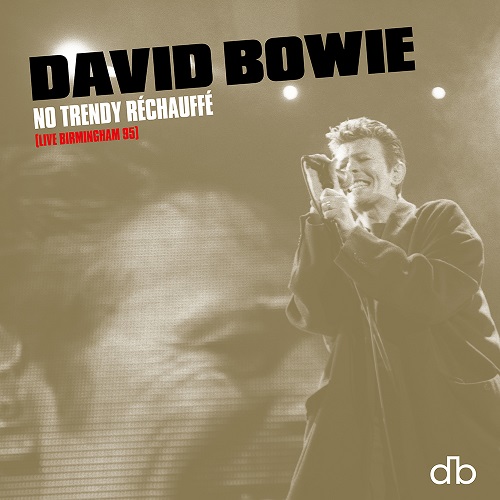 Tracklist:
n vocals, and Mike Garson on piano and keyboards.
1-Look Back in Anger
2-Scary Monsters (And Super Creeps)
3-The Voyeur of Utter Destruction (As Beauty)
4-The Man Who Sold the World
5-Hallo Spaceboy
6-I Have Not Been to Oxford Town
7-Strangers When We Meet
8-Breaking Glass
9-The Motel
10-Jump They Say
11-Teenage Wildlife
12-Under Pressure
13-Moonage Daydream
14-We Prick You
15-Hallo Spaceboy (Version 2)​