Plot:
In 1944, a company of German soldiers on the Russian front are numbed by the horrors and hardships of war when Private Ernst Graeber's long awaited furlough comes through. Back home in Germany, he finds his home bombed. While hopelessly searching for his parents, he meets lovely Elizabeth Kruse, daughter of a political prisoner; together they try to wrest sanity and survival from a world full of hatred. 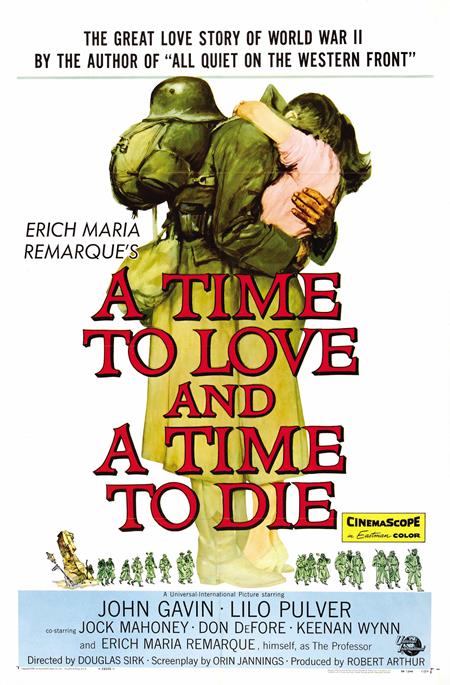 On the Russian front in 1944, German Private Ernst Graeber receives a leave
and visits his family in Germany but Germany isn't the same country he left behind.
This is one of few American or occidental war or World War II films where the focus,
subject or main characters were the enemy (i.e. in this case German  and not
American nor their Allies). It was banned in Israel and the Soviet Union.