ATTENTION! The minimum size of the repack is just 8.6 GB, read repack features section for details. 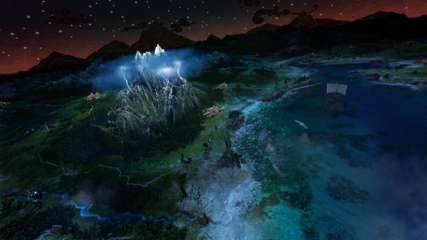 TROY is the latest Total War Saga title; inspired by Homer’s Iliad, it focuses on the historical flashpoint of the Trojan War, evolving the series with new period-inspired features.

Through Total War’s unique blend of grand, turn-based empire management and spectacular real-time battles, Troy explores this epic conflict from both the Greek and Trojan perspectives – peeling back the layers of myth and legend to reveal the realities that may have inspired them.

Experience the events surrounding the era-defining Trojan War, brought to life as never before. Realize your legend as one of eight iconic heroes. Dive into a character-led narrative drama and overcome your antagonists. Build your empire through strategy, statecraft, diplomacy and all-out war, as you conquer this vast and striking recreation of the Bronze Age Mediterranean.

Based on A.Total.War.Saga.Troy-CPY ISO release: cpy-atwst.iso (27,645,902,848 bytes)
Game version: v1.2.0 Build 9687.2088628; Amazons DLC is included and activated
100% Lossless & MD5 Perfect: all files are identical to originals after installation
NOTHING ripped, NOTHING re-encoded
Selective Download feature: you may skip downloading and installing of optional localizations. English, Portuguese - Brazil, Czech, Korean and Turkish support is included by default
Significantly smaller archive size (compressed from 25.7 to 8.6~9.3 GB, depending on selected components)
Installation takes 10-20 minutes (depending on your system)
After-install integrity check so you could make sure that everything installed properly
HDD space after installation: up to 25.3 GB
Language can be changed in game settings
At least 2 GB of free RAM (inc. virtual) required for installing this repack
Repack by FitGirl