Review:
Under the banner of This Is the Kit, Britain’s Kate Stables has amassed an impressive catalog of thoughtful, sometimes idiosyncratic folk songs whose winding melodies are often set to spiky rhythms and offbeat time signatures. After breaking out with 2015’s Aaron Dessner-produced Bashed Out, she found a home on the Rough Trade label, which helped raise her profile even higher with 2017’s winsome Moonshine Freeze. Off Off On, This Is the Kit’s fifth album overall, finds Stables and her crew working alongside New York-based producer Josh Kaufman (Bonny Light Horseman, Muzz) on another warmly literate and subtly complex collection, essentially picking up where its predecessor left off. Largely written during a 2019 tour with the National, there is an undercurrent of restlessness in this material, with Stables’ observations of life in motion complimented by skittering percussion, agile fingerpicking, and colorful horn lines dancing across the stereo field. Even the album’s title itself speaks of the herky-jerky nature of touring, the hurry-up-and-wait mentality of racing to make a soundcheck only to spend the next five to six hours in the stationary limbo leading up to showtime, then repeating the whole cycle the next day. Without the routines and demands of domestic life, this type of travel allows plenty of space for anxious minds to wander, a theme hammered home on the cyclical “This Is What You Did.” Examinations of conflict and the passage of time also weigh heavily, especially on tracks like “No Such Thing” and “Slider,” while the gorgeous closer, “Keep Going,” translates time into movement with a hard-won poetic grace. Although This Is the Kit is ultimately Stables’ project, regular collaborators like bassist/singer Rozi Plain, guitarist Neil Smith, and drummer Jamie Whitby-Coles once again bring her detailed music into focus, locking in together like a single organism while her husband, multi-instrumentalist Jesse D. Vernon, further paints the canvas in earthy hues. In spite of its musical intricacy, This Is the Kit remains a relatable portal into the human experience and Off Off On is as appealing as anything Stables has ever released. 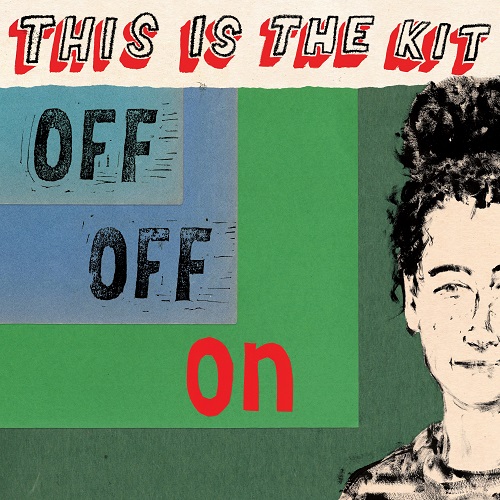