Review:
When Kevin Morby was finishing work on what would become his ambitious and sprawling 2019 double album Oh My God, he switched gears considerably by working on demos for new songs on a cassette four-track in the unheated shed in his backyard. While the songs for Oh My God were thick with religious iconography and intense, often dense arrangements, the new songs that Morby found himself writing while working with this antiquated recording equipment were both warmer and more subdued by comparison. He fleshed out proper recordings of his demos before leaving for a lengthy tour, and left the new tunes for later as Oh My God was officially released. When the COVID-19 pandemic resulted in a complete cancellation of touring plans, Morby returned to the set of dusky, restrained songs he’d begun writing in his backyard shed and finished work on sixth album Sundowner. Arriving after the tremendous presence of Oh My God, Sundowner recalls the more relaxed and reflective moods of Morby’s earlier albums. The arrangements feel casual and spare, with songs like “Wander” embracing minimal roots rock and “Don’t Underestimate Midwest American Sun” finding his low-key vocals ambling sleepily along with lo-fi acoustic guitars and ragged drum machine rhythms. Morby’s core influences are present here as always, with a Leonard Cohen-esque rasp coming through in the vocals of the title track, Neil Young-modeled guitar leads on tunes like “Wander” and “Campfire,” and a strong Rolling Thunder Review-era Dylan undercurrent supporting the entire project. Sundowner is a beautiful and mellow comedown from the grandiose and sometimes overwhelming energy of Oh My God. Though it’s not a direct reference point, it’s interesting to note the similarities between Sundowner and Bruce Springsteen’s Nebraska. The stripped-down twilight moods of Nebraska also followed a monolithic double album (1980’s The River, coincidentally also Springsteen’s fifth) and found its start as rough four-track demos. Morby presents Sundowner with a similar offhand ease, if his songs center more around themes of personal reminiscence and insular perspectives than Nebraska’s songs of blue-collar struggle. Its gentle melancholy and unhurried tempos slowly melt into a sustained atmosphere, offering some of Morby’s gentlest and most captivating songs. 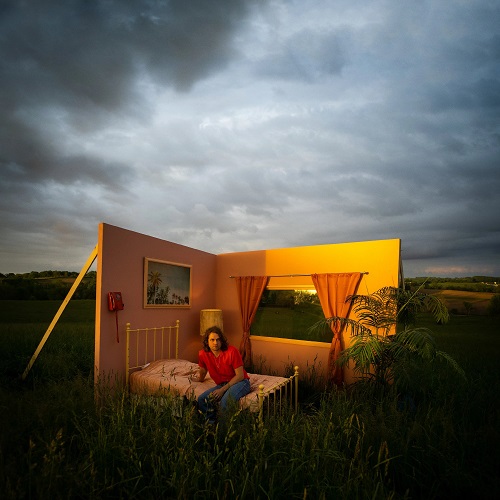