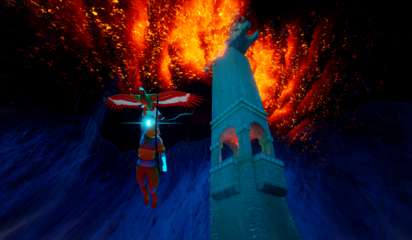 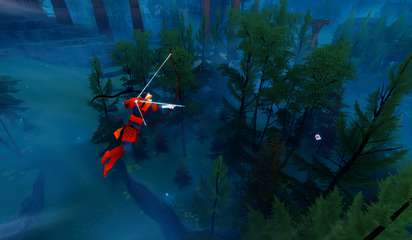 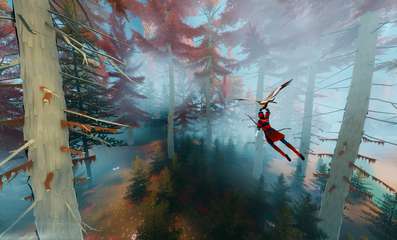 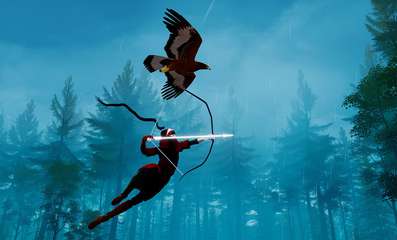 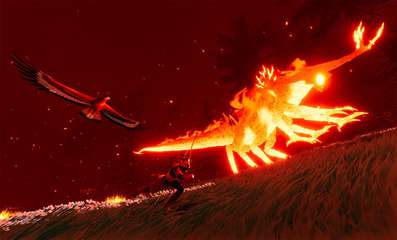 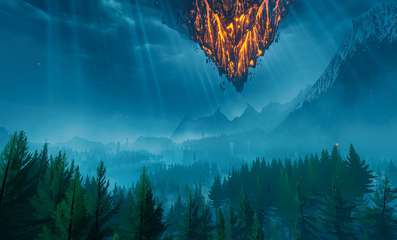 From the creators of ABZU, The Pathless is the mythic adventure of an archer and an eagle in a vast forest. Become the Hunter, a master of archery who travels to a mystical island to dispel a curse of darkness that grips the world.

Archery and Falconry
Become the Hunter, a master of archery who travels to a mystical island to dispel a curse of darkness that grips the world. Forge a connection with your eagle companion and soar through the air. Perform fluid acrobatics and execute awesome trick shots with a unique archery system that allows effortless shooting while moving at high speeds.

Explore an Open World
Forge your own path through a beautiful open world packed with secrets to find. Traverse misty forests, lush meadows and snowy tundras. Discover the dark history of the island as you solve puzzles in ancient ruins and unearth long-forgotten secrets.

Hunt Corrupted Spirits
Giant corrupted spirits lurk in the woods. Use all your skill to hunt them down, but be careful not to become the hunted yourself. Engage in epic battles against the cursed beasts to restore light to the land. The bond with your eagle and the fate of the world hang in the balance.

Based on Epic Store release: 6.6 GB, thanks to Haoose!
100% Lossless & MD5 Perfect: all files are identical to originals after installation
NOTHING ripped, NOTHING re-encoded
Significantly smaller archive size (compressed from 6.6 to 3.6 GB)
Installation takes one minute
After-install integrity check so you could make sure that everything installed properly
HDD space after installation: 6.6 GB
Language can be changed in game settings
Repack uses XTool library by Razor12911
At least 2 GB of free RAM (inc. virtual) required for installing this repack
To play on Windows 7 copy "Pathless" subfolder from "Windows 7 Fix" folder to the game root
Repack by FitGirl

through the wormhole s03